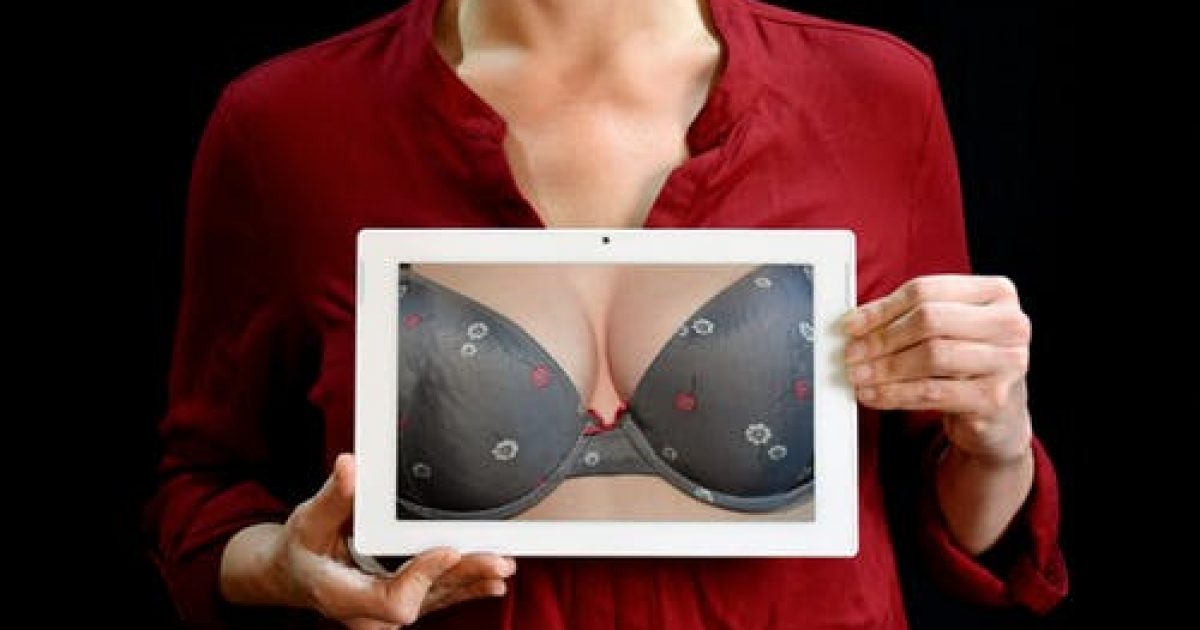 When I was younger, I remember wishing that my boobs would grow because it sucks having an A-cup chest. Now that I’m older and my breasts have grown, I realize that there are some advantages to having smaller boobs.

When you have larger boobs, your choice for bra color are white, nude, and black. You don’t find the adorable designs that you see on A, B, and C-cup bras, just sad, solid colors. Maybe big boobied beauties want some butterflies and polka dots on our bras, did you ever think of that, clothing companies?

When your chest is smaller, you don’t have to worry about your boobs distorting shirt designs beyond recognition, or making shirts lift up on the front and totally exposing your tummy. Larger chests also make shirts fit tighter when they’d otherwise be perfectly comfortable. Count your blessings.

It doesn’t matter how many sports bras you wear with bigger boobs, working out still turns your chest into Jiggle City. Jumping jacks? Forget it. Jogging? That’s an exercise in trying to keep your boobs from popping out of your bra. It’s not a fun time.

One of my larger-chested friends noted that she has a difficult time leaning over her dinner plate to reach things like the salt without finding the front of her shirt covered in food. Members of the itty bitty titty committee are lucky to not have this problem. You spend a fortune in laundry detergent.

Having large breasts isn’t as glamorous as you’d think. One thing every woman who has them will tell you is that it causes back pain so bad that you seriously contemplate a chest reduction. Everything else aside, having chronic pain in your back is nothing to wish for. It’s terrible and can even be debilitating.

Having large boobs is like being pregnant: it’s really hard/impossible to comfortably sleep on your front. Despite their deceptive softness, breasts can feel like rocks when you’re trying to get comfortable in bed. If you doubt this, try sleeping with a pillow under your chest. It’s not natural and can cause back pain because of the awkwardness.

It doesn’t matter what you’ve eaten throughout the day, you’re going to find residual pieces of it between your breasts and in your bra. Without fail. You don’t know how they got there, and you don’t know how long they’ve been there, but they plague you every day. Your chest, at some point, turns into a plate that catches everything that falls from above it. As convenient as that might seem, it’s also extremely itchy and uncomfortable, especially when you have to excuse yourself in the middle of dinner to find out what is poking your boob. Girls with small chests should be thankful that they don’t have to deal with this kind of thing. It’s a nuisance.

Society has this weird stigma surrounding cleavage, and it’s not kind to women. That being said, it’s something that is kind of difficult to avoid when you have boobs that turn every shirt into a showcase for your breasts. Ladies with small boobs don’t have to endure the scathing looks from other women who found their boyfriends ogling your chest shamelessly. Count yourselves lucky.

Smaller chests don’t stress button up shirts the way larger chests do, which is a good thing. You’ll never find yourselves contending with awkward gaps around your chest that make you look like you intentionally bought a shirt one size too small.

If you have pores, you’re going to sweat. (If you don’t, you need to see a doctor.) Boobs have pores and, like armpits, when you have two parts of a very warm body touching each other, you’re going to have more sweating than normal. This means that your cleavage is going to become, you guessed it, sweaty. It’s disgusting, it’s hard to deal with if you’re in public, and it makes you irritable. Smaller chests do have to deal with sweat, but it’s not as terrible. Lucky you.

Let’s talk about sagging for a moment, shall we? It’s going to happen, whether you like it or not. Women with smaller chests won’t have any dramatic sagging. Those of us with larger breasts, however, aren’t quite so lucky. Youth might keep you looking perky and full for now, but we can’t stay young forever. You’ve been warned.

When you have larger chests, it’s like the human attached to them no longer matters. We only exist as a way to carry our boobs from one location to another for the entertainment of complete strangers who have absolutely no shame about staring at our boobs. My tiny tittied sisters don’t have to deal with that kind of objectification, and you should definitely be happy about that.

I’m convinced seatbelts were made for men and women with small chests. If you have bigger boobs, you’ll notice that the seatbelt wants to be nestled right between them, which is annoying because the belts have sharp edges and they’re not exactly made out of the most comfortable material. Trust me when I say that you’re not missing much, if you have small boobs.

Why? Why is my chest’s ability to catch your snack, pen, paper, etc., of such interest to you? Stop throwing things at my boobs, thank you!

Having a small chest means you’ll never know the pain of misjudging the distance between you and an object and running into it with your chest. Having a large butt has similar problems, but that’s a different issue altogether.

Similar to boob sweat, boob rash happens when you’re dealing with a warm environment and have skin overlap. This can go from moderately painful and irritating to cracking, bleeding and needing bandages. Smaller chests will thankfully never have to deal with this problem.

Breast feeding you babies is amazing, except when it comes to handing off your babies to larger-chested women. You see, babies are boob magnets, and will grasp any boob within arm’s length, regardless of the person it belongs to.

It doesn’t matter what kind of swimsuit your purchase, as soon as you get into the water your boobies want to float right out of them. String bikinis? Those are just for show. You need to tread carefully, lest you risk a less-than-flattering wardrobe malfunction.