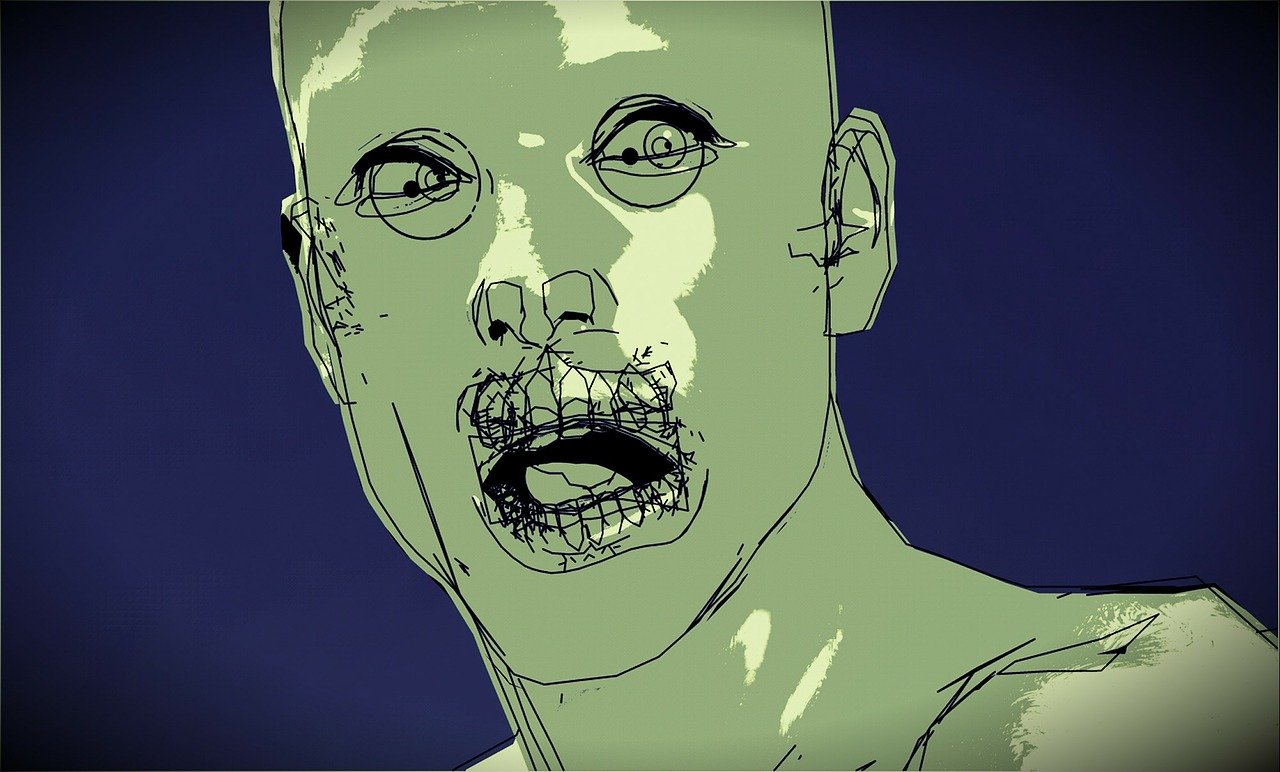 Most​​ of us have​​ those​​ occasional moments where we “fly off the handle,” think we are better than someone else, or fantasize about something completely unrealistic. But​​ for a psychopath, these​​ things happen repeatedly, in different settings, and throughout their entire life span.​​

Psychopathy is a personality disorder that manifests at work, at school,​​ and​​ with​​ both friends and family.​​ Mental health professionals use this particular term​​ to describe a person​​ who​​ is charming, manipulative, impulsive and irresponsible. Of course, extreme cases of psychopathy include serial killers and mass murderers.​​

If you really want to know whether or not you are a psychopath,​​ there is a great tool for you to use. The Hare Psychopathy Checklist-Revised was designed by Canadian psychologist Dr. Robert D. Hare in the 1970s.​​

Based on Hare’s checklist, here are ten questions to help you determine whether or not you are psychopath:

1.​​ Do you exhibit superficial charm?

Psychopaths are masterminds when​​ it comes to making their target​​ feel “special.” They may shower​​ their prey​​ with flowers​​ and​​ gifts, or they may flatter​​ them with​​ lots of​​ attention.​​ They will​​ also​​ play into every fantasy or insecurity​​ that their subject may have. For example, if​​ the individual doesn’t like their own hair, the psychopath will​​ repeatedly​​ tell them how fabulous their hair looks. Whatever it takes to get their target “hooked”​​ onto them.​​ Much like a chameleon,​​ the psychopath molds​​ their flattery specific to​​ needs of their target​​ du jour.​​

But one thing for certain is that their charm is not authentic at all. They are experts at changing their personalities to get whoever and whatever they want.​​ Psychopaths are able to conceal their true identity in order to appear as likeable as possible.​​

2.​​ Do you have a grandiose opinion of yourself?

Psychopaths think they are superior to everyone else around them. They​​ genuinely believe they are smarter and better​​ than they actually are.​​ They may act dominant, condescending, and be​​ reluctant to take advice from any​​ teammate at work.​​ Especially since​​ they​​ think​​ they are entitled to special treatment​​ for merely​​ being born.​​ ​​

Psychopaths​​ are​​ also​​ likely​​ to​​ schmooze with more powerful people in order to help raise their own status.​​

A psychopath may appear overly confident,​​ or they may hide their motivations and shape-shift their personality to meet the needs and expectations of the​​ individuals​​ who may be​​ useful to them. On the same token,​​ they will walk all over those who offer little value to them.​​

Psychopaths tell all types​​ of lies, big,​​ small, short and​​ tall.​​ However, their lies tend to be goal-oriented in nature. In fact, they will use any type of con or manipulation to get whatever it is that they desire​​ at the time. For​​ example, they will trick a little old widow​​ into​​ trusting them with her finances…and then rob her​​ blind.​​

They will shamelessly make up all kinds of stories to mislead their prey. And when they get caught in a lie, they appear calm, switch facts, and then lie their way right out of the situation.

4. Do you con and manipulate others?

Psychopaths are incredibly cunning​​ when it comes to getting what they want. They will lie, cheat, and coerce in order to get their way, regardless of another person’s feelings. Not only that, but they can also con others into doing things that they would not normally do.​​ A psychopath has the ability to persuade their victim into robbing a bank for them.​​ Yes, they are​​ that​​ good at scheming.

A psychopath will​​ also​​ befriend you and find your weaknesses in order to use them against you.​​ They will​​ also​​ get you to tell them your deepest,​​ darkest secrets​​ and then hold them​​ over you to get you to do what they want.​​ They could care​​ less about the feelings or wellbeing of others.​​ If you have something they desire, they will use whatever scheme it takes to get it from you.​​

5.​​ Do you lack remorse or guilt when you hurt another person?

Psychopaths have no guilt or remorse when they do something wrong.​​ While most people have empathy or​​ sympathy for other human beings, the psychopath has very little​​ remorse when they have done something to harm someone else.​​ They could smash into your car,​​ break your leg, and not feel bad about it at all.​​ They just do not care about others.​​ In extreme cases, this is a defining trait for serial killers.

Psychopaths are very shallow. Therefore, they do not react normally to tragic​​ events that would trigger​​ a strong emotional response in ordinary​​ people.​​ In a death, an injury, or another serious event, the psychopath does not mourn, feel sad, or get upset. They are​​ simply​​ void of​​ those​​ deep emotions​​ that normal people have.​​ That’s why they can be seen laughing while everybody else around them is crying.​​

They are​​ also​​ not concerned with​​ how their behavior will impact others.​​ As Babiak are Hare write:

​​ “Psychopaths lack… possibly even the most basic​​ understanding of human feelings.

Interestingly, while psychopaths normally do lack​​ empathy, they can voluntarily​​ turn it on in order to seduce, charm, or con someone else​​ into giving them what they want.

Would you purchase a brand new BMW convertible with a credit card​​ that you just got in the mail? If so, you may indeed be a psychopath.​​

A psychopath is more likely to engage in impulsive and irresponsible behavior than the average​​ person.​​ Whether it is driving drunk,​​ other law breaking​​ activities,​​ or​​ simply “flying off the handle,”​​ a psychopath​​ does not think or care about the​​ consequences of their reckless behavior. In fact, they don’t think ahead at all.​​ ​​ Every​​ action they take tends to be self-centered.​​

Psychopaths act only on their whims, doing whatever they want to do, whenever they want. They are just not very reliable.​​

8.​​ Are you sexually promiscuous?

Psychopaths are​​ infamous for their casual sexual relationships​​ and one-night stands. With their unique ability to charm their prey, they are able to lure their victims into bed for a romp in the hay. While they aren’t interested in any long-term commitment, they certainly do enjoy a cheap thrill. In fact, a psychopath may have numerous sexual relationships and talk about them all publically. The psychopath cares nothing for the other person because sex is all about​​ stroking his own ego.​​

Most people tend to have dreams and goals in which they would love to achieve over time. However,​​ for a psychopath, their goals do not include any kind of long-term planning.​​ In fact, psychopaths tend to live in the moment rather than planning for the future.

And if they do have long-term goals, they are typically out of touch with reality. For example, they may tell you that they are​​ seriously​​ planning to run for president…while​​ they are sitting in prison​​ for a mass murder.​​

A psychopath will set goals​​ that are​​ simply​​ unrealistic and completely unattainable.​​

A psychopath never takes responsibility for doing anything wrong and they don’t ever​​ ‘own up’​​ to​​ any of their mistakes. They simply refuse to acknowledge poor decisions that they make and the outcomes of their bad choices.​​ They’d rather blame somebody else.​​ For example, a psychopath will blame their marital problems​​ (if they do actually dare to get married)​​ on their ex-spouse​​ and never admit to playing a role in the​​ failed relationship.​​ It’s always the other person’s fault.​​ The psychopath will​​ also​​ manipulate others people’s​​ emotions and​​ insecurities​​ until they see psychopath​​ as the victim.

Perhaps, you carry some of these particular traits above? It doesn’t necessarily mean you are psychopath.​​ Also, a proper diagnosis can really only be determined by a medical professional.​​ But it’s still a​​ good idea to be aware of the characteristics​​ so you can spot them in a crowd or in yourself.