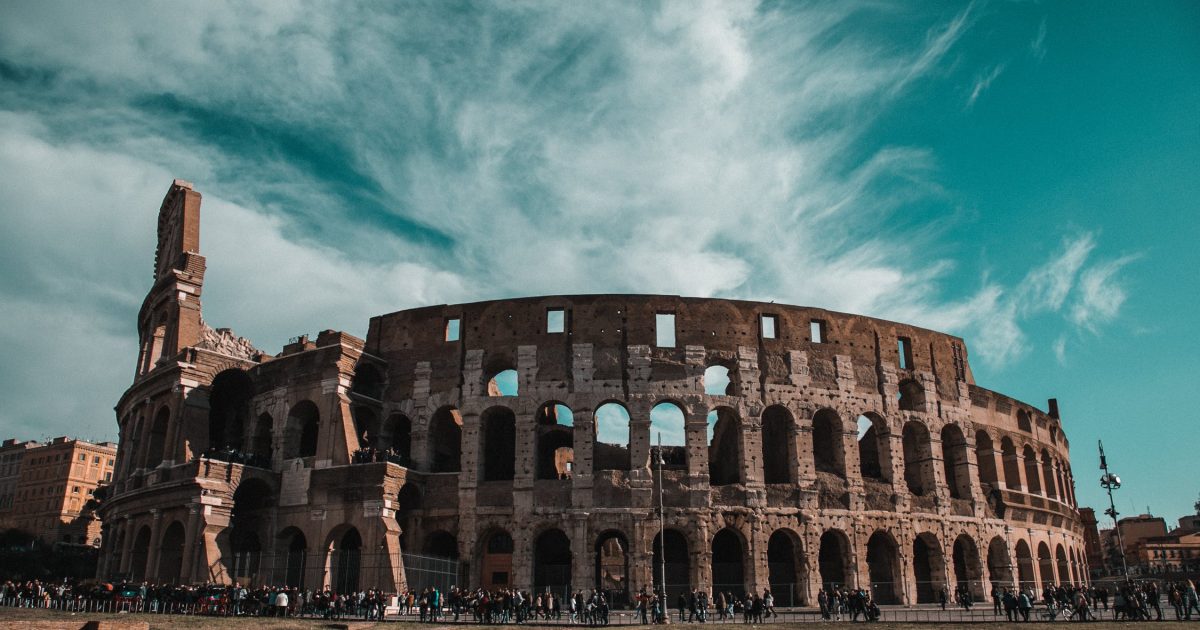 Romans could be considered to be the ‘Americans’ of their time. They had a complex system of power including a senate, judges, and 2 presidents. They were a great civilization that has been studied and emulated. They might have been sophisticated and civilized, but they had some strange traditions that would make any visitor wonder.

#10 Chariot Was the Thing of the Time

All the gladiators and fighters In the Colosseum paled in comparison to a number of chariots and chariot racers. Chariot races, not gladiator brawls were the preferred spectacle for Romans to watch. It was estimated that a chariot stadium could hold 5 times more than a gladiatorial stadium!

#9 The Robes of the Rich

In 2017, it’s really easy to take the color purple for granted since it’s so accessible that people put it in their hair only to wash out within the month. In Roman times, wealthy men could barely afford the Emporer’s new ‘purple’ clothes since it contained one of the rarest colors on the market. This dark purple was only worn in full by the Emporer and was extracted from the murex shellfish. Rich people could wear some purple clothing but only in portions since the Emperor is the only one who could wear the full robes.

Okay teenage girls who knew you owed so much to the Roman Empire? The mall was originally invented by Roman architects for Emperor Trajan’s staff. The building included living quarters, work stations, and a market! This structure is thought to be made in 100 AD and has multiple floors with marble.

#7 Not Your Typical Bath

Romans hadn’t invented soap so instead, they would bathe themselves in water and then had servants rub them in oils. But if you have ever made soap before, you would know that soap’s main component is oil. They would then scrape off the oils with a tool that looks like a giant claw called a strigil and then the men would do their activities like discus and shot put outside in the court yard naked. I’m so glad I skipped living in this period.

The ichor of the gods may have been out of the reach of us “mortals” but the blood of the gladiators was not. According to Pliny gladiator blood supposedly helped epileptic seizures and diseases of all kinds. Modern day science breaks down what these guys were drinking: red blood cells, which carry oxygen throughout the body. white blood cells, which fight infections. platelets, which are cells that help you stop bleeding if you get a cut. plasma, a yellowish liquid that carries nutrients, hormones, and proteins throughout the body. Healthy? Maybe, but still gross.

Ancient Roman emperors would drink a cocktail of poison to try to make themselves more immune to it.  This little concoction was called Mithridatium and was drunk every day to build up a steady immunity to all different types of poisons. Interestingly enough this is the same technique used in immunization shots… a little bit of the sickness encourages the body to build up immunity.

Back in the day southpaws were considered to be bad luck instead of good luck. Sinister ‘s’ also Latin for left inferring also to no lefties on the field. This is funny because my mom is left-handed and always taught it was a curse of some kind.

#3 A Tenth of Your Urine Please!

Since the level of ammonia in urine is high enough to kill bacteria, urine was a resource so you had to give urine to the emperor. Okay this is gross… but did you know that if you pee on your feet in the shower, it’s a powerful way to prevent athletes foot.  Urine also works well on jellyfish stings.

Slaves could go up ranks to become actual Roman citizens once they had either earned enough money to buy their freedom, or their master let them free. Even when they were slaves most were treated more like butlers than slaves and were allowed nicer room and even could testify in court!

Plutarch supposedly saw this with a platoon of men, “With no apparent change of weather, but all on a sudden, the sky burst asunder, and a huge, flame-like body was seen to fall between the two armies,” he wrote. “In shape, it was most like a wine-jar (pithoi), and in color, like molten silver. Both sides were astonished at the sight, and separated. This marvel, as they say, occurred in Phrygia, at a place called Otryae.” Cool yet scary… or it could be the drugs they were smoking at the time.